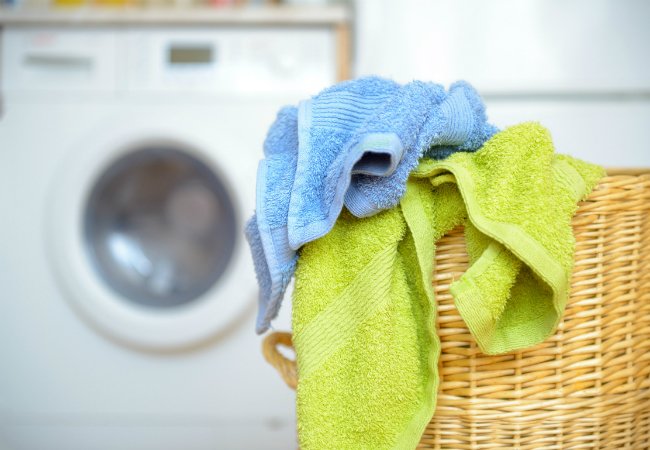 Smelly, mildew-infested towels can put a damper on a relaxing bath. Turn dank towels fresh and clean again with this life-changing tip!

It’s been a long day, but it’s not you who needs a hot bath—it’s your towels. When wet towels dry in open air, they accumulate mildew only to greet you later on with a foul scent and dingy appearance. But even taking dirty towels for a traditional spin in the laundry doesn’t pack the punch needed to banish deep-set odors. To return to fluffy, fresh bath linen, kick your laundry game into high gear with a couple pantry essentials, vinegar and baking soda. 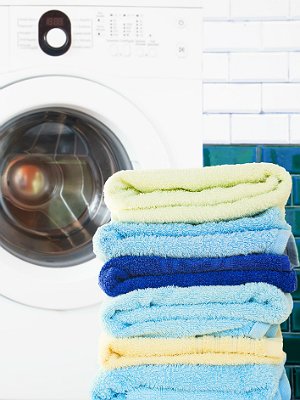 Gather your sullied shower companions and toss them into the washing machine. Reserve this load exclusively for your bath towels so as not to expose other fabrics to the mildew you’re seeking to eliminate. Next, add a cup of white vinegar to the load, skipping the usual suspects like detergent and fabric softener. Now turn your washing machine to the highest heat setting and give those smelly towels—and your bright idea—a whirl! The vinegar will vanquish odor-causing mildew on contact, but for best results, run the towels through a second, additional cycle, this time with the detergent you would normally use.

Still miss the days of brighter bath linen? Try a two-step (and two-cycle) solution that addresses not only the smell but also the appearance of your worn-out towels. For extra scrubbing power to wash away unsightly stains, add a quarter-cup of baking soda into the first load. During the second cycle, throw in a single cup of white vinegar to make mildew a memory (and your towels like new)! 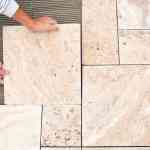 Can I Install Tile on Plywood? 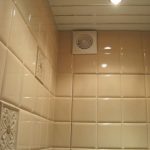 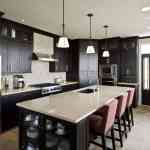 Corian vs. Granite: Which Counter Material Is Better?